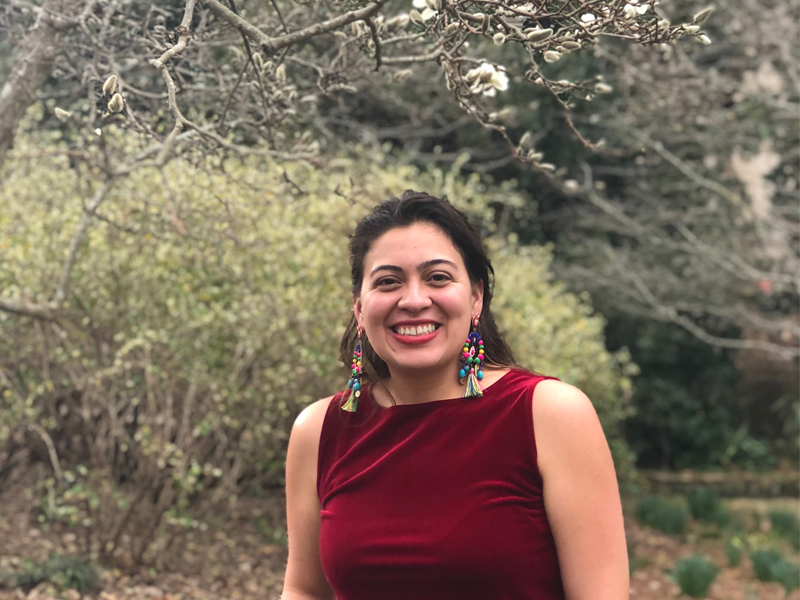 Originally from Los Angeles, Sista Jakelin “Jaki” Bonilla grew up in Siler City, North Carolina. She graduated from University of North Carolina at Chapel Hill in May 2012 with a major in Global Studies and a minor in Entrepreneurship. At UNC, she founded Linking Immigrants to New Communities (LINC), which helps ease the transition of recent immigrants through student interaction and awareness-raising in the community, and served on the UNC Emerging Communities Taskforce that established the Carolina Latina/o Collaborative, dedicated to developing a greater awareness of Latina/o issues, cultures and identities. Jakelin also conducted ethnographic research and volunteered in Central and South America, served as co-chair of the Great Decisions Program, mentored in the Scholars Latino Initiative, and worked as a Senior Intern in the Bonners Leaders Program at the Campus Y. After graduating from UNC she served as the director of the Campus Y’s Global Gap Year Fellowship from 2012-2015.

Welcome back, Jaki! Catch us up on what you’ve been up to since leaving the Campus Y in 2015.

I was awarded the Henry Luce scholarship in 2015 to go to Thailand and work for the International Organization for Migration (IOM) for one year. I began my work in a town called (MAE SOT) Mesod, Thailand where I worked with IOM”s field-office to implement programs that provided assistance to Myanmar Muslim and Rohingyas who were fleeing religious persecution, extreme poverty, and violence. After that I transitioned to IOM’s country-office in Bangkok, Thailand to support the launch of a newly-funded 4-year project by the European Union and the US State Department’s Bureau of Population, Refugees, and Migration.

Your work here as Social Innovation Initiatives Coordinator will entail directing co-curricular innovation and entrepreneurship activities across campus and running the Campus Y’s CUBE social innovation incubator. Let’s start with the basics: how do you define social innovation?

Who or what inspired your interest in social innovation?

My personal story and how I ended up at UNC inspired my interest in social innovation. I was a part of a program that was started by a UNC professor. The program involved UNC students mentoring migrant children at Jordan Matthews High School; so, the way I ended up at UNC was through a socially innovative project!

To you, what makes a successful social entrepreneur?

What advice would you give to students interested in becoming social entrepreneurs?

There are people who need help all over the world. Look around you. Look at all the fires around the world. We need to step up; we need to find solutions that can help those who are isolated and vulnerable that won’t take four years. There’s a need for immediate assistance. Do something.

It’s going to sound cheesy, but I remember writing my Carolina essay about this – you know, “Be the change you wish to see in the world.” I realized the truth in this idea early on in my career at Carolina. I found that I couldn’t just wait for things to happen. I had to step up and be that example. I’d like to charge students to stop waiting or criticizing others and take responsibility. Be leaders.

What issue are you most passionate about right now?

Last year nearly a million Rohingya were forced to flee their homes and seek refuge in Bangladesh. Known as “the forgotten people,” they now live in the biggest refugee camp in the world. I actually created an handout about them during my Luce year. (Watch this video to learn more.)

Do you have a favorite quote, mantra, or philosophy you live and lead by?

My parents, who were refugees from El Salvador, taught me this early on: Everything happens for a reason. This makes me move forward and not backwards. It gives me hope.