WRAL: UNC undergrads hope seaweed can save the planet 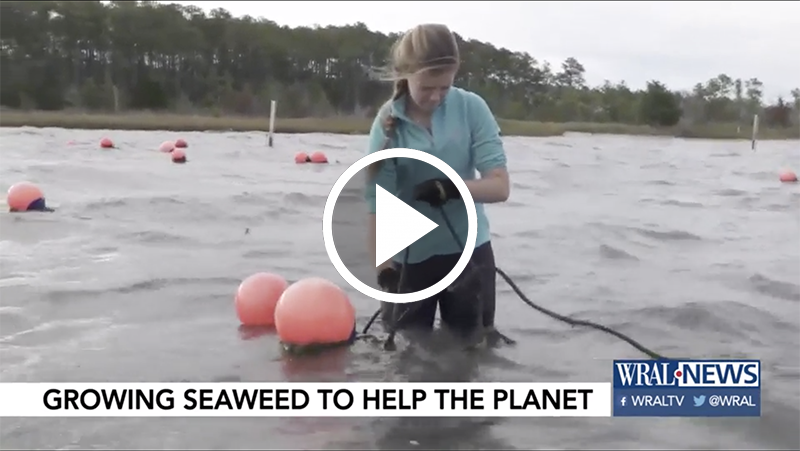 Eliza Harrison was like any other undergrad at the University of North Carolina at Chapel Hill when she went to a conference for innovation and entrepreneurs a couple of years ago hoping to meet some of her heroes and make connections for the future. That’s when she heard a speech by Bren Smith, the founder of Greenwave, that would change the direction of her life.

“At one point during his presentation, he mentioned the fact that seaweed is five times more effective at carbon removal than any land-based plant,” she said.

Her obsession with seaweed began at that moment.

“I really fell in love with the plant,” Harrison said.

It’s that idea that led her to form Phyta, a company with plans to grow and sell seaweed as a way to fight climate change.