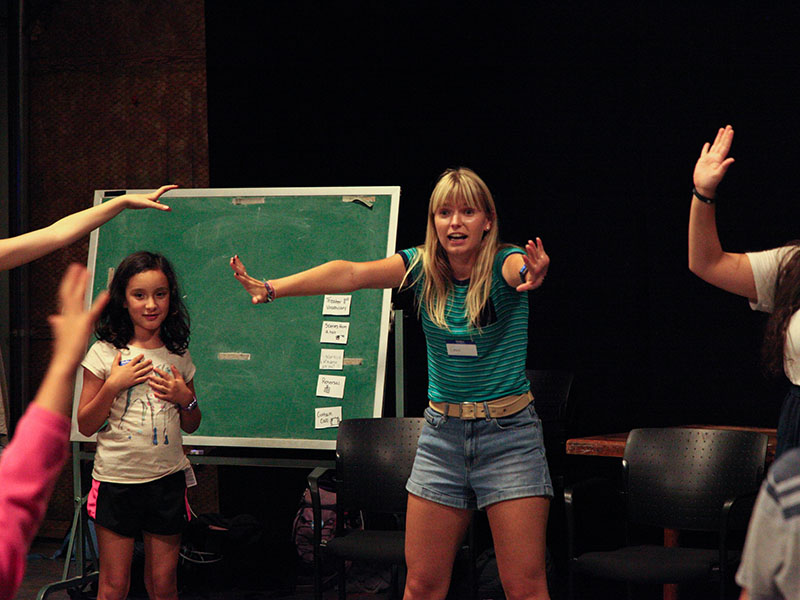 Tucked away in Swain Hall’s corner black box theater, children are sitting in a circle, jumping up one by one and shouting their names during a game of “Popcorn.” They’re introducing themselves, moving their bodies, and expressing their joy at being on stage. 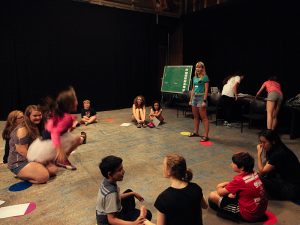 Some organizations exist to serve a few. The  Campus Y’s 30 committees are driven to hear and serve all voices. As an organization, the Y is powered to fuel progress across the board. The co-chair and founder of Stage Play, Emma Ehrhardt, is no different. She is pushing the envelope for change with children who have autism. Emma created Stage Play as a platform for both social and emotional growth in children from 5-10 years old. She uses acting activities rooted in Cindy B. Schneider’s “Acting Antics” to boost development within the participants. By establishing relationships amongst UNC-Chapel Hill students and local families, Stage Play offers a bridge between the university and the community at large.

Ehrhardt’s experience at the Duluth Playhouse, her hometown theater in Minnesota, offered her a unique perspective on acting and its ability to create and impact community. The Playhouse partnered with Speech and Hearing Sciences Clinic to put on acting classes that now mirror her work with Stage Play. Ehrhardt enrolled at UNC with the hopes of developing acting classes that would give others this same uplifting opportunity. Her dream became reality; now in her third year leading Stage Play, she encourages children to overcome social and emotional barriers on stage, and has a front row seat to watch families, children, and students evolve.

“When you see someone making progress on something you’re working with them on, you discover that it’s the most rewarding feeling,” said Ehrhardt. “It’s cheesy, but you get to see the kids blossom.” 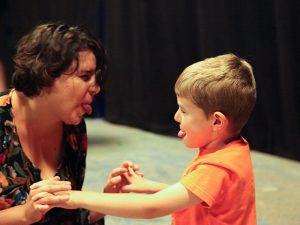 Ehrhardt was born in Brazil and since has lived in the United Kingdom and the United States. As a junior, she studies chemistry and psychology with hopes of either going to medical school or becoming a teacher.

Outside of the classroom, Ehrhardt is devoted to using Stage Play to impact as many families and students as possible. She has seen the program extend their sessions from five to ten weeks because of the increased involvement from student volunteers and families. Short-term, the program is set to host its first end-of-semester play this fall. Her long-term goal is to push Stage Play past just UNC-CH.

“Ideally, Stage Play will continue to do its thing at UNC, even past while I’m here. That is one of the biggest driving forces behind becoming a committee within the Campus Y,” said Ehrhardt. “Stage Play is accountable to something beyond me.”

Her larger desire is to see the program spread to other institutions in the state and beyond. She has developed a manual for those seeking to build their own “Stage Play” program in other college communities.

Interested in helping children find their place in the spotlight? Stage Play will be posting volunteer applications this fall on its committee page and in the Campus Y newsletter.