There are over 30 different student social justice organizations at the Campus Y dedicated to everything from public health to education to environmental justice. We would like to welcome our newest committee, the Sexuality and Gender Alliance (SAGA), to the Y.

SAGA began in 1974 as the Carolina Gay Association and, in 1976, founded Lambda, the first student-run queer publication in the United States. Over the years, SAGA’s name changed many times to make the group more inclusive and finally settled on the Sexuality and Gender Alliance in 2013. Some of SAGA’s events include Queer Prom, Family Weekend Tie-Dye, and the SAGA Families reveal, when first year and transfer students meet their family, a group of juniors and seniors who provide mentorship, friendship, and guidance on campus.

In addition to wanting to become more politically involved on campus, there were other reasons SAGA wanted to join the Y.

“It was really helpful because there’s no other place for [gender nonconforming] students to use the bathroom,” said Montia Daniels, a co-president of SAGA. Not every building on campus has a gender-neutral bathroom, let alone five of them.

SAGA has been working to bring awareness to the work that the UNC LBGTQ Center has been doing on campus, like advocating for more gender-neutral restrooms.

“A lot of that policy work has been going on behind the scenes, and the more people know about it and can keep up momentum, the better,” said Danny Bowen, co-president of SAGA.

“When we were deciding whether we wanted to be a part of the Campus Y, we were focused on being able to have the Campus Y as a resource. We can use the spaces in the Campus Y [and] be a part of Campus Y events,” said Daniels. “Now when a student is looking for the social justice work on campus, they can come to the Y and find a queer organization.”

As for the future? SAGA wants to collaborate with other student organizations, such as Student Government and the Red Zone Initiative, which works on sexual assault and gender-based violence prevention. Ezra Wright, SAGA’s social justice chair, has been organizing social justice talks on campus. They’re interested in how queerness intersects with other identities such as race, class, and ability, and, in turn, how intersectionality influences social justice work.

Additionally, SAGA participates in a monthly Queer Family Dinner in Carrboro and hosts a group movie night. To learn more about how to get involved with SAGA, visit UNC SAGA on Facebook or their committee page on the Campus Y website. 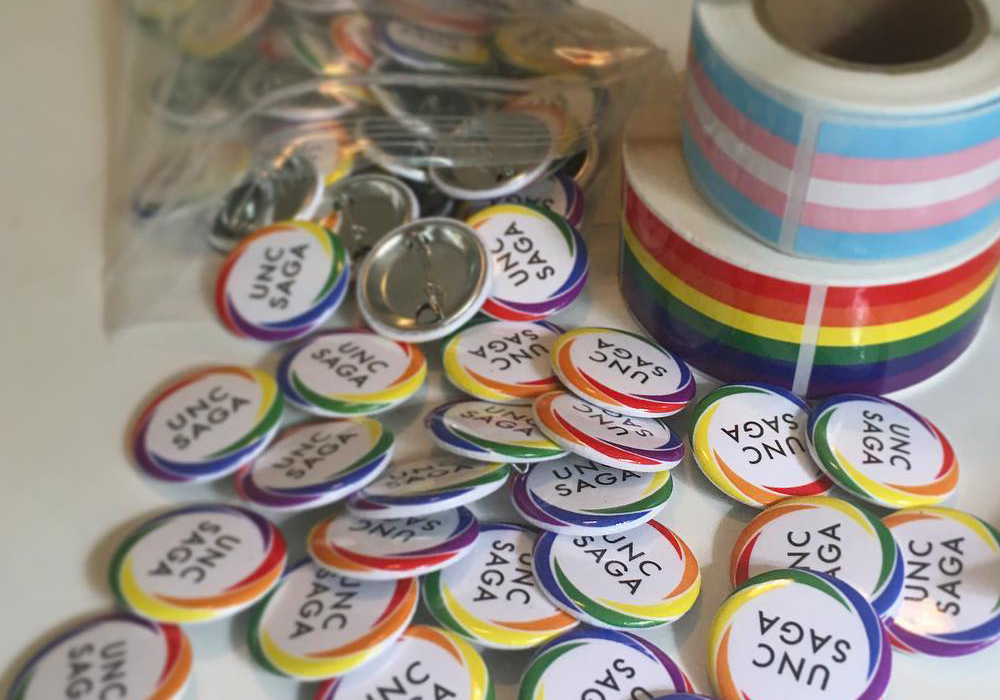