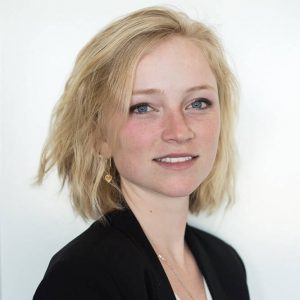 Leah Everist, a fourth-year student with roots at the Campus Y, has been named a 2018 Luce Scholar. She is one of only 18 students in the United States selected for this prestigious internship program in Asia.

Everist has garnered an impressive record of accomplishments during her time as a Tar Heel. She’s a Morehead Scholar, an Honors Carolina student, and a UNC Gillings School of Global Public Health Morris Weinberger Award recipient. Everist is currently teaching a course about emotional science and behavioral economics while researching disaster response and resilience in Puerto Rico; working with the Refugee Community Partnership to install language access services across Chapel Hill; and serving as co-director of Get Covered Carolina, a part of the Student Health Action Coalition that trains counselors to help community members enroll in health insurance.

Everist plans to spend her Luce year focusing on disaster preparedness in an at-risk country like Nepal, Indonesia, Japan, or The Philippines, but before she leaves for the program’s summer orientation, she’s reflecting back on the important experiences at Carolina that helped shape her success. She first became involved at the Campus Y while working with Carolina Against Slavery and Trafficking (CAST). During her second year, she also served on the Campus Y Executive Board as the Director of Administration. For Everist, the Campus Y was a transformative space that allowed her to learn about new, revolutionary perspectives.

“I didn’t really get out of Western North Carolina much as a kid,” said Everist. “The Campus Y was the first place I learned about social justice movements – the challenging and the beautiful ones – that were happening all around the world.”

As a health policy and management major, Everist identified a significant relationship between these social justice issues and disaster relief efforts.

“After a natural disaster, communities that have been marginalized suffer the most and receive the least assistance,” said Everist. “As we’re looking ahead to a future with more disasters than ever before because of climate change, we need to be ahead of the curve in terms of preparedness in a way that restores community power.”

Empowering marginalized communities has been at the forefront of Everist’s work on campus ever since her involvement with CAST. When deciding where to invest her energy on campus, she prioritized opportunities based on a personal checklist: “Does this experience bring me joy? Does this make the world a better place? Am I learning from it?” These three questions have propelled her to venture out of her comfort zone and across the globe.

“Doing something for the joy of it has led me to a lot of great and unexpected places,” Everist said.