It Takes a Village: Medical Training in Uganda

The following post was written by Nalini Peres-da-Silva, a Campus Y Global Engagement Fellow who has spent the past two months in Pader, Uganda, as a village health team worker.

As I sit staring into the abyss of Northern Uganda on the rooftop of my guest home in Pader and reflect on the past two months, images of white coats, elephants, and breathtaking sunsets flash before my eyes. This summer has been a whirlwind of emotions and has led me to question many parts of life, as well as have the pleasure of incorporating so many aspects of the Ugandan culture into my every day world.

I came to see if a future in global health was the path for me, and have fallen in love with not only medicine all over again but with the small community of Pader, Uganda.

There have been ups and downs – diarrhea and IV’s on my 21st birthday was not a highlight, but a week late birthday party with everyone from my clinic certainly was.

I know that I have not changed the world this summer, but I certainly hope that I have made a change for the better in the education of community health workers and the future health of community members in Northern Uganda.

The training for the village health team (VHT) workers consisted of training health care workers on a community basis. All of the VHTs are elected by their villages and working as volunteers, showing their love and commitment to their communities. 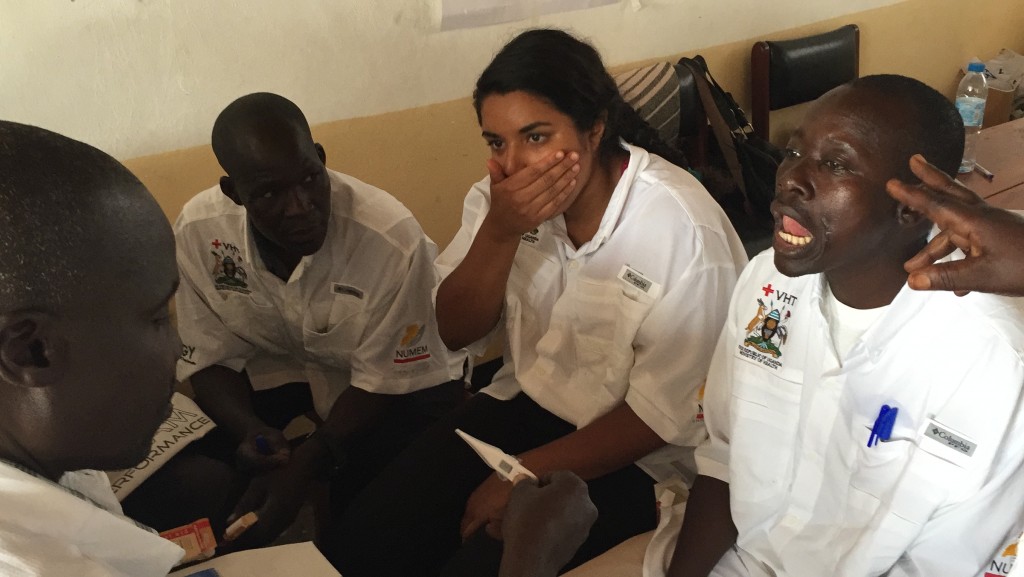 The team we partnered up with, MGY (standing for potential energy, which they work to convert to kinetic energy in small rural communities) was comprised of three medical school students, an IT worker, and a business worker.

The team came prepared with a series of video presentations that they pre-downloaded on tablets, with which they planned on letting the workers take home in order to review the material.

As I just passed my EMT state exam before I came on my trip, I was allowed to participate on the clinical team and helped to lead small groups.

I taught vital signs including blood pressure, temperature, pulse, respiratory rate to the workers. As the training went on we continued to teach a variety of emergency aid skills, including first aid wound treatment, splinting, and stabilization during transport. The largest theme of the training was teaching the village health team workers specific danger signs that should be a signal to refer patients to nearby health facilities or clinics. We gave all of the VHTs referral documents with vital signs data boxes to fill out so they knew immediately if they should refer the patient. We taught them the numbers for abnormal vital signs, extreme dehydration signs, and severe malaria symptoms. After each lesson we would give the workers an exam, scoring them on the series of steps in each procedure in order to make sure they had full competence of the tasks. We gave the VHTs medical bags with pain relief drugs, diarrhea drugs, and supplies to treat immediate wounds so they could perform immediate emergency medicine in the field.

A significant challenge arose with the language barrier between the team and the VHTs – the local community members did not understand English nearly as well as MGY had planned for, and every presentation given had to be translated into Acholi. Slowly but surely we all worked toward a system that allowed everyone to understand the material – the director of our clinic, the District health officer, and the lead VHT worked to translate for small groups as the training went on. When we had to work one on one and couldn’t have a translator, it was such a challenging but rewarding experience to learn how to go beyond the barrier of spoken language, and to find ways to teach based on hands on communication. After the four-day training, we chose the top five performing VHTs from each of the five parish’s and gave them a tablet so they could record the data from the referral forms from all of the VHTs in their respective parishes. As no evidence of success can be shown without recorded data over time, this will be an integral part of the accomplishment of the program. The data recorded will also show both the VHTs and the MGY team where the most medical attention is needed and how MGY can best equip the VHTs in future trainings.

As this was the first time that all of the VHTs had used a touch screen tablet device, we scheduled a training two weeks after the initial program. It was challenging at first for the VHTs to understand the concept of the tablet – they had never used a touch screen device before. However, as with all skills, continued practice help the workers understand which part of their fingers they should use and which buttons led them to certain screens. After the training they had gone from taking twenty minutes per entry to ten, and we held a second training for the workers the following week when they came with their parish’s stack of referral forms. We all worked together entering all of the forms into the tablet, and it was so incredible to see how much the workers had learned since the first training, in terms of how quickly they could type on the tablets.

We also held community dialogues in each of the five parishes chosen, where we went into the communities and had all of the local VHTs mobilize their villagers to come and learn about the training they had received. The VHTs emptied out the contents of their bags and showed the villagers all of the new equipment they had received, and spoke about their new skill set. We also opened up the floor to the community members, so they could tell us which health problems they were experiencing and wanted addressed. It was fascinating to hear about their myriad of illnesses and problems with health care as compared to ours – the largest health care problem over all was distance of the villages from the health centers and the lack of transportation to them.

There was not a single ambulance in the entire district, and often time people could not afford the 30 cent motorcycle ride to the health center. Other common complaints were issues with malaria – lack of medication, which the government was supposed to supply to health clinics, and of mosquito nets at night. Sanitation was another large problem, as boreholes were often times their only source of clean water but were difficult to keep hygienic, and many members of the community did not have latrines meaning that people would defecate close to compounds leading to a very high risk of disease spreading. We wrote a report up of the complaints given by each parish and will submit it to the district government of Pader, with the hope that if new health initiatives are to begin in the next few months or years they will look at what the villagers themselves are wanting provided. At the very least, when MGY returns next summer they can also incorporate some of the issues the villagers are having problems with into their training. 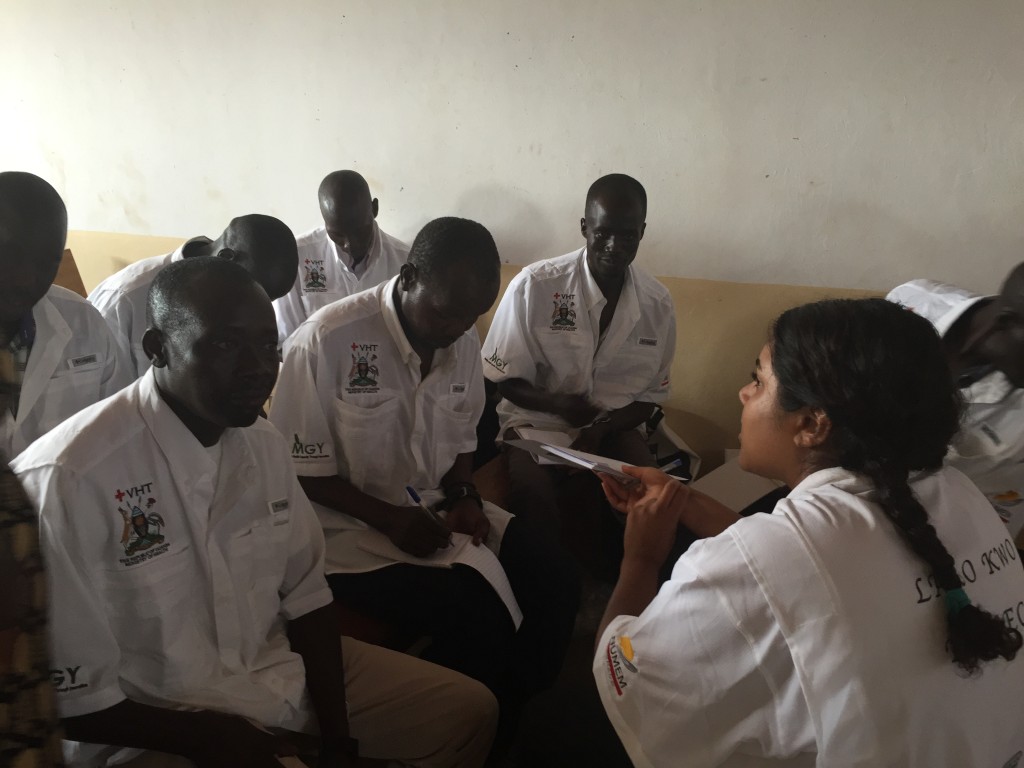 Bottom line, it has been the experience of a lifetime being a part of the community of Pader, Uganda. Everywhere I turn I see effects of the 20-year civil war on the lives of the people, and it has been amazing to learn how they all got through this traumatizing event with such striking dignity. The people of Pader are warriors, who have fought every day of their lives for their right to live. Being a part of a grassroots clinic, where every staff member came to give back to their own community, is just one of many ways I have seen how much the people of Northern Uganda love their own and will continue to struggle for the benefit of society. Being in a community where ones love for others trumps love for oneself is my favorite aspect of Pader, and I when I return home I hope to better incorporate this into my life, as love for the world keeps our hearts open and growing.