During his senior year of high school, Jake Gerardi applied to 25 different colleges and universities. It was never a question of if he was going to school—it was a question of where. But when he was accepted to the Global Gap Year Fellowship program, everything changed.

“I started sending emails to organizations including [The Navajo Water Project] where I’m currently volunteering…and the more opportunities that came up, the more I was thinking: I have my whole life to go to college, get a degree, and get a job” Gerardi said. “I was starting to realize more and more that my priorities were misaligned.” 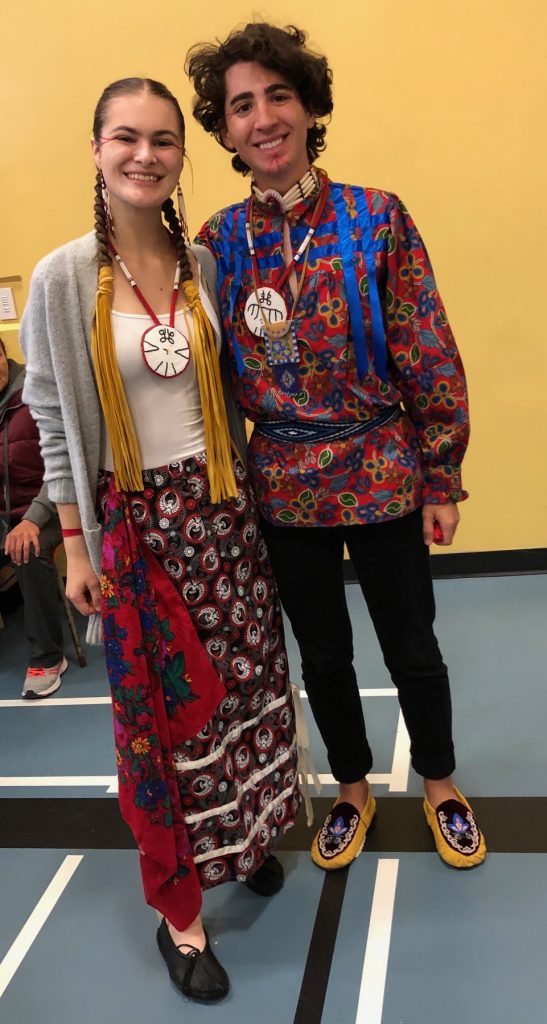 UNC’s Global Gap Year Fellowship is the first college-sponsored gap year program that allows students to design their own year-long service-based experience abroad. After being accepted as one of fourteen Fellows, Gerardi planned independent travel to countries like Israel and Mi’kma’ki (the Indigenous name for Nova Scotia before it was colonized) to explore his heritage before starting longer volunteer experiences in Cuba and Navajo Nation in New Mexico.

“In Indigenous culture, there tends to be a lot of disconnection between people like me whose families moved from the reservation generations ago [and people living on the reservation today],” Gerardi said. “Now I have a desire to reconnect and learn more about the culture and our people.”

So, Gerardi started getting in touch with some of his family members in Canada and arranged a trip to visit them and different reserves in Mi’kma’ki during the first couple weeks of his gap year.

“It’s really humbling to connect with a place that my family called ‘home’ for thousands and thousands of years,” Gerardi said. “I’m really glad that I spent the first part of my gap year there.”

But Gerardi’s experiences with his Indigenous heritage didn’t end in Canada. For the second half of his gap year, Gerardi is working for the Navajo Water Project in New Mexico, a subsection of Dig Deep, a human rights non-profit dedicated to increasing access to clean water in the United States.

The Navajo Water Project is specifically focused on creating access to clean water in Navajo Nation. This is critical, considering Navajos are 67 times more likely than other Americans to live without running water and 40% of Navajo families still don’t have a sink or toilet at home. The Navajo Water Project installs 1200-gallon water tanks underground and refills them monthly so that homes without access to sewer lines can have running water.

“Being here allows me to see myself through a different context because at first glance, I don’t belong here. I am an outsider and I’m a white-passing person,” Gerardi said. “But the Navajo Water Project has really taken me in, not as one of them, but as a welcomed fellow Indigenous person.”

Unlike many clean water nonprofits, the Navajo Water Project is entirely comprised of employees from the community it serves. In fact, Gerardi is the only staff member who isn’t specifically Navajo.

Because of this, community members are much more receptive to the Navajo Water Project than they have been with other outside organizations in the past.

“When you’re talking about Native history, there is a lot of historically-based distrust of outsiders coming in and making false promises,” Gerardi said. “With the Navajo Water Project, you have Navajo people who approach houses respectfully and speak Navajo during their installs,” Gerardi said.

Gerardi’s job changes on a day-to-day basis, depending on which stage of the installation process the Water Project is in. Some days, Gerardi is helping community members in the office, since some residents don’t have phone lines. Other days, he’s traveling to the Arizona or Utah offices or helping with a maintenance call. 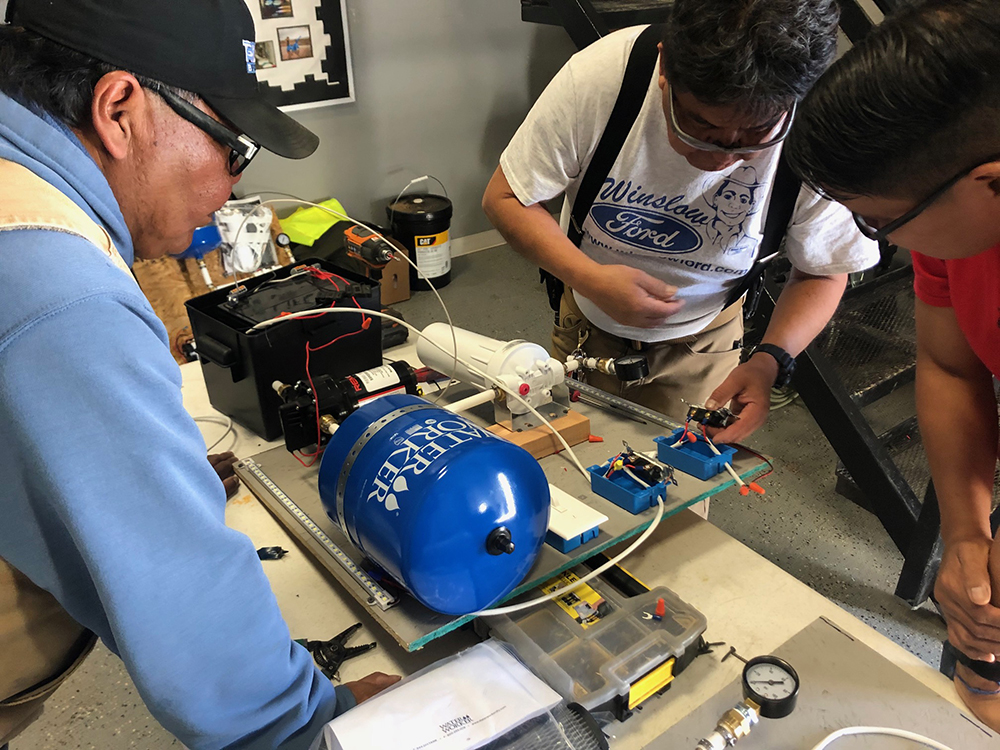 In order to complete an installation, Water Project employees first survey the property to see if there is any existing infrastructure to connect a water tank to. If there isn’t, they’ll install a sink and pipe system and connect it to solar or electric pumps, depending on whether there’s electricity in the house. Then, they use a backhoe to dig an eight-foot hole and install the tank and plumbing.

A large reason why Navajo communities don’t have access to clean water is a lack of infrastructure and discriminatory governmental policies. And although Navajo Nation is located across New Mexico, Utah, and Arizona, it’s technically international land, which means that it functions separately from the rest of the United States.

“[Working for the Navajo Water Project] has showed me how the US government’s actions affect people so distinctly and directly,” Gerardi said. “For example, land in New Mexico is split up in allotments, rather than a reservation as it is in Utah and Arizona. Basically, to eliminate Native ownership of the lands [in New Mexico], the US government has divided it into individual parcels rather than one big reserve area.”

When Gerardi was first applying to college he thought that he wanted to be a diplomat. But after witnessing the ways that different cultures thrive in the face of the American geopolitical system, he wants to pursue work that uplifts those cultures and communities. Before working with the Navajo Water Project, Gerardi spent three months volunteering with BarrioHabana, a neighborhood revitalization project in Cuba. He worked for “Casa de los Abuelos,” in other words, a home supporting elderly people, in Havana. In the afternoons, schoolchildren would come to “Casa de los Abuelos” and he and fellow gapper Ella Shapard would teach the children lessons on everything from basic English words and phrases to the physics behind roller coasters.

“[Volunteering in Cuba has] made me see the role of the American government in foreign affairs.” Gerardi said. “For example, I got to experience how the blockade against Cuba directly affects people and their lives. When the US cut off gas and petroleum exports to Cuba, the city cut bus services by a lot. I rode buses that were the size of a Chapel Hill transit size bus with probably 80 or 90 people packed inside.” 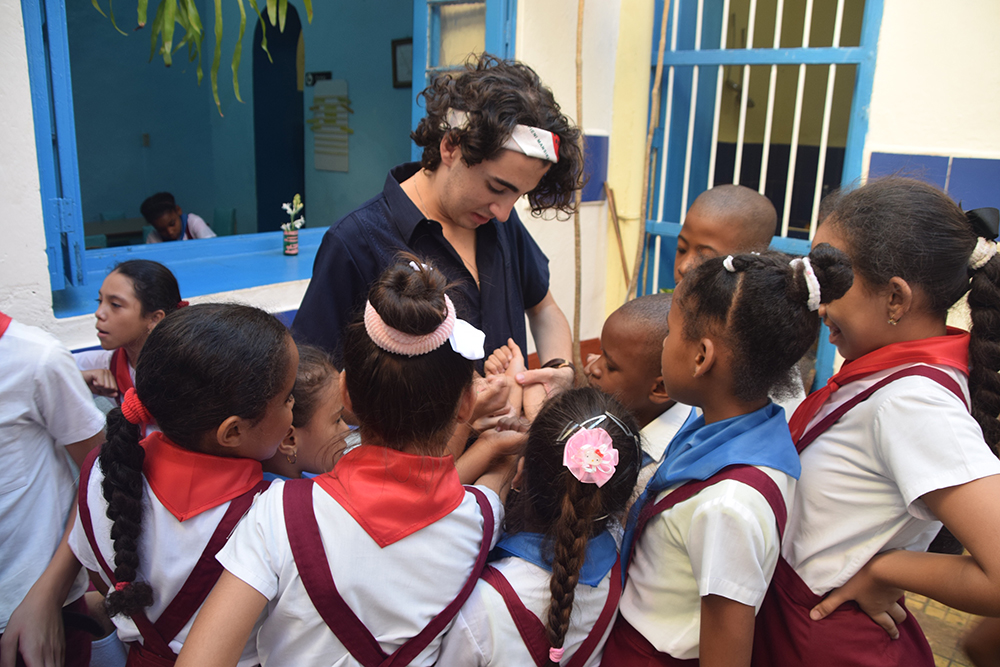 Now, Gerardi is interested in working in academics or politics on some level, particularly in the business of defending Indigenous rights and sovereignty. He’s also interested in turning what he previously thought would be a minor in Indigenous studies into one of his majors and becoming involved with the Carolina Indian Circle once he starts at UNC in the fall.

“Coming to Navajo nation, I was aiming to both understand more about my own background, but also understand what unites us as Indigenous people and which of our struggles are common,” Gerardi said. “A lot of the parts of my gap year were about discovering other parts of the world, but also how I fit into that context and as a person from central New York—where does my identity really lie?”

Even though Gerardi has always loved learning, that focus had always been academic. It wasn’t until he took the gap year that he realized there is a lot more to learn outside the classroom than he originally thought.

“There are billions of people in the world and, without globalism, we aren’t connected. Where we’re tribal, we’re cut off from each other,” Gerardi said. “Programs like the UNC Global Gap Year Fellowship are important because they connect people across the earth.”