CEF hosts “Abundance,” a national summit on homelessness and poverty 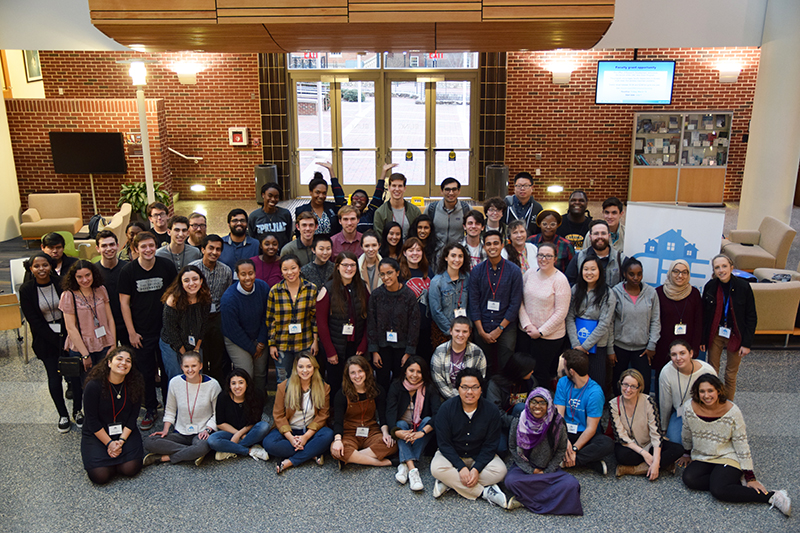 The Community Empowerment Fund (CEF) is a student-powered non-profit organization, which was founded in 2009. It began as a collaboration between Campus Y committees Homelessness Outreach Poverty Eradication (HOPE) and the Carolina Microfinance Initiative. Through collaboration between students, faculty, and community members, it eventually evolved into CEF, a 501(c)3 non-profit which aims to enable and sustain transitions out of homelessness and poverty. In 2017, 256 student advocates worked alongside 1046 members of the community through CEF’s relationship-based support model.

Eight CEF advocates from Chapel Hill and Durham attended the first Summit on Homelessness and Poverty at Brown last year. We were excited to bring the Summit to North Carolina to share CEF’s incredible work; to reflect on homelessness and poverty in the Southern context; and to honor the long history of activism in the South. The theme of our Summit was “Abundance,” a reference to the fact that our communities are whole, beautiful, and resourceful, and that our efforts to address homelessness and poverty should be based on recognizing and celebrating the abundance that already exists in our communities rather than focusing on what is “lacking”. Rev. Dr. Liz Theoharis, co-chair of the Poor People’s Campaign, has been an activist since she was a student, more than twenty years ago. She opened the Summit with a call to action, encouraging us to “stay in school and stay in the movement.” Over the weekend we covered a wide range of topics, including: race, policing and poverty; urban renewal and displacement; and advocating for policy change. (Click here to watch a recorded panel on urban renewal and displacement.) More than 100 students from 25 different universities registered for the Summit and we hosted groups from as far as California and as nearby as Raleigh.

Professor Gene Nichols described poverty as “our greatest transgression,” but what stayed with me throughout the weekend, however, were not the statistics about rising inequality, racial disparity and economic injustice, nor the evidence of the lack of political will to address those emergent issues. Instead, I found myself reflecting on words from George Barrett, associate director at the Jackson Center in Chapel Hill: “joy can be an act of revolution.” The Summit was simultaneously thought-provoking, tiring, abundant, and joyful. I revelled in being surrounded by intelligent, young people, who are committed to social justice and to ending homelessness. I love working with CEF and this summit was a testament to everything that I see in the CEF community.

Learn more about the 2019 Summit at https://summitatcef.wixsite.com/abundance.